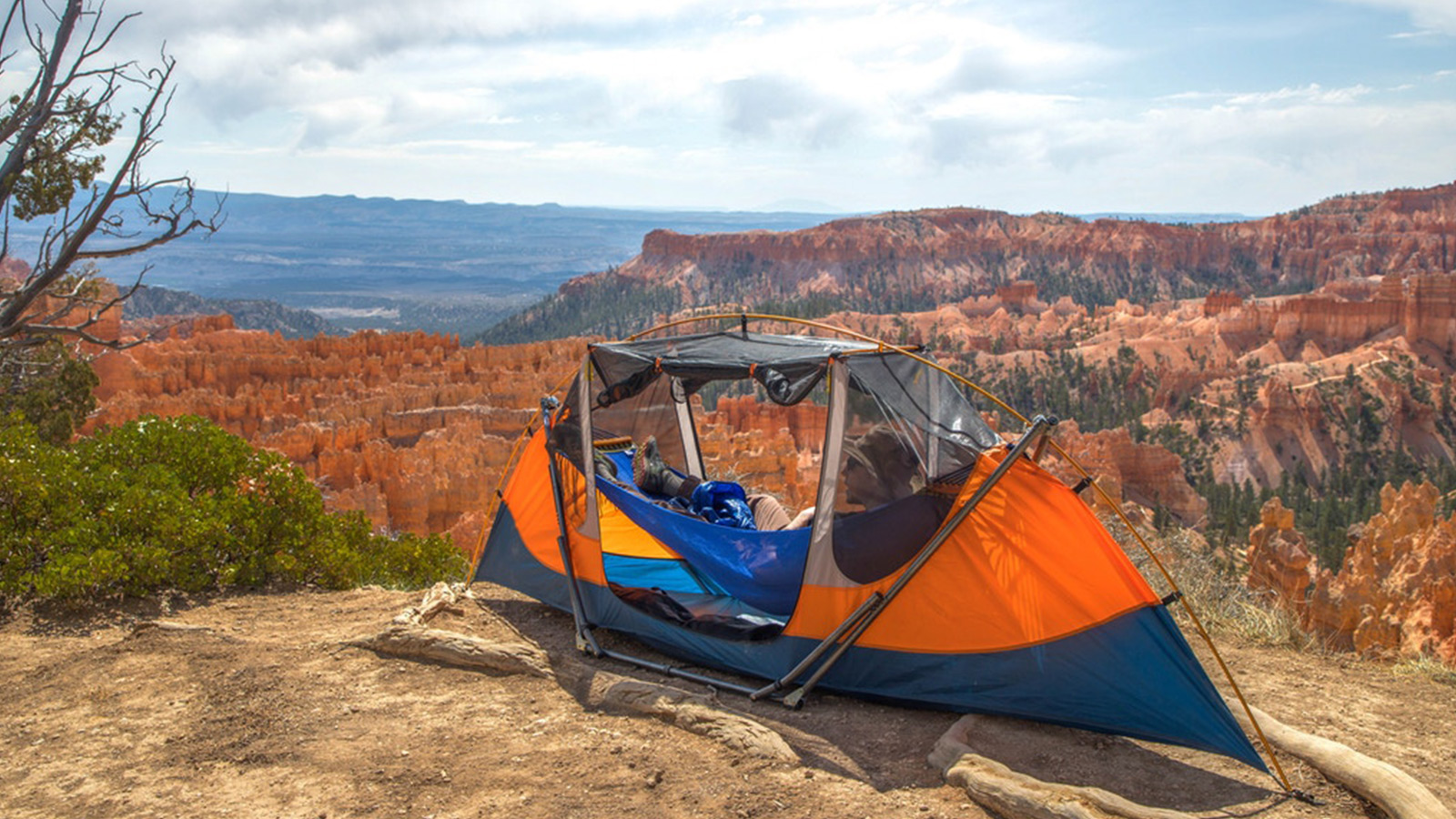 Crowd-funders know a promising product when they see one, and it took the TAMMOCK just five hours to reach its $5,000 fundraising goal. (Within the first week, the Kickstarter campaign surpassed its target eight times over.) But why are so many outdoor enthusiasts sure that the TAMMOCK is the gear they’ve been waiting for?

Well, the name says it all. Both a hammock that requires no trees and a tent that requires little space (on the ground or in your trunk), the TAMMOCK Freestanding Hammock Tent is an all-in-one shelter system that you can set up anywhere and adjust for any season. A removable rainfly converts the hammock into a waterproof, bug-proof tent with double-zip openings on both sides, but you can also use the frame by itself, creating an instant support system for hammocking in any ecosystem. Invest in the TAMMOCK while it’s still taking backers, and enjoy everything from naps in your own backyard or bedroom to pop-up seating and shelter during concerts, hikes, and camping trips.