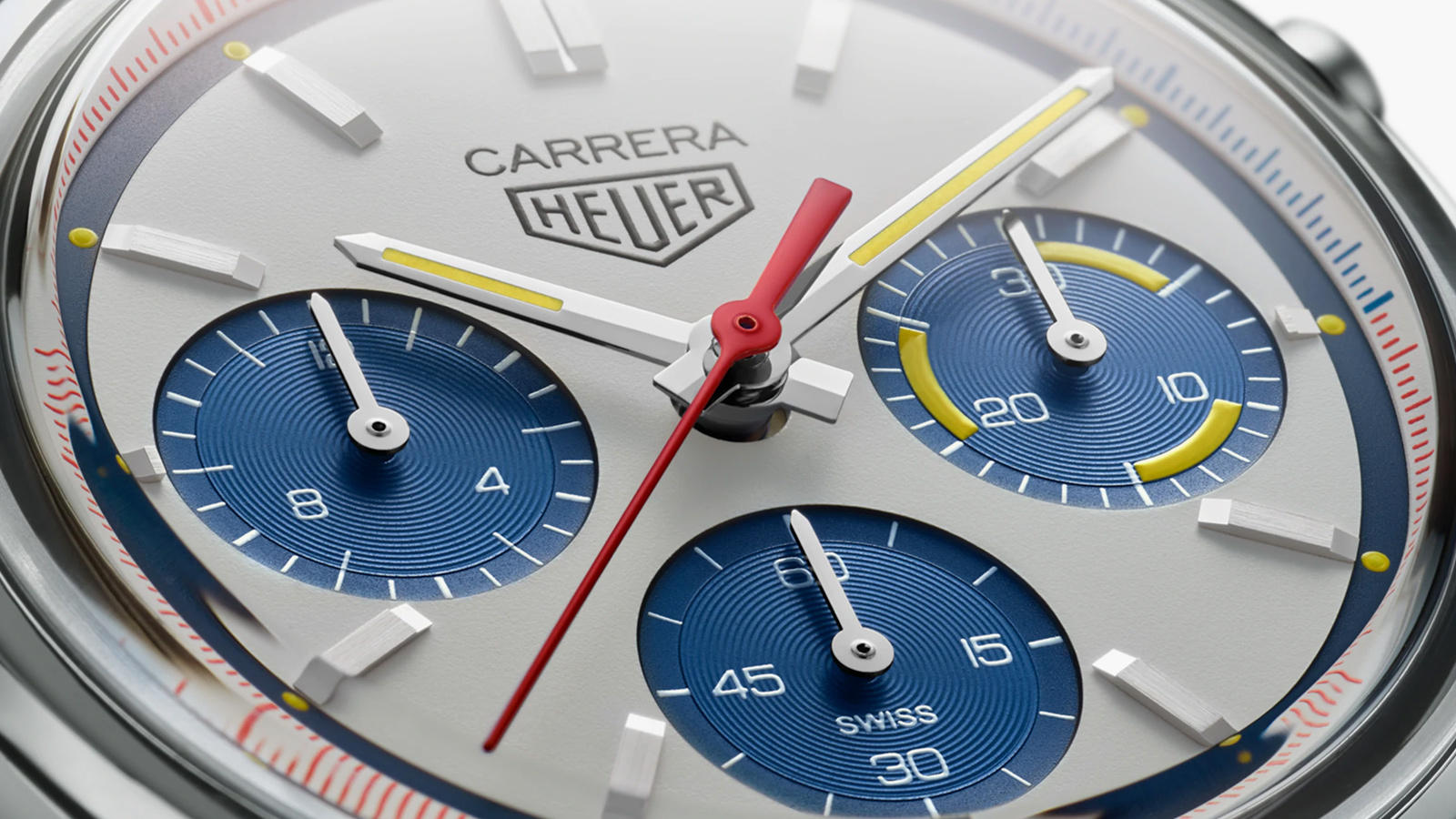 Three azurage counters styled in a pristine shade of blue mark the TAG Heuer Carrera Montreal 160th Anniversary Limited Edition giving it a bold appearance worthy of its ceremonial release. The dial is emblazoned with the distinctive Carrera marker across its white face. Complementary colors of blue, red, and yellow give added vibrance to the design. These staples of the Carrera Montreal are accompanied by new features including a redesigned oscillating weight that is easily admirable by way of the watch’s transparent caseback.

Just 1,000 pieces of this anniversary-edition model will be released, each using the Swiss-made Heuer 02 movement. The in-house TAG Heuer automatic chronograph movement uses a column wheel and vertical clutch en route to an unparalleled power-reserve of 80 hours. The azul allure of the chronographs is complemented by a blue alligator leather strap with a folding clasp that uses the same polished steel that the 39mm case is comprised of.