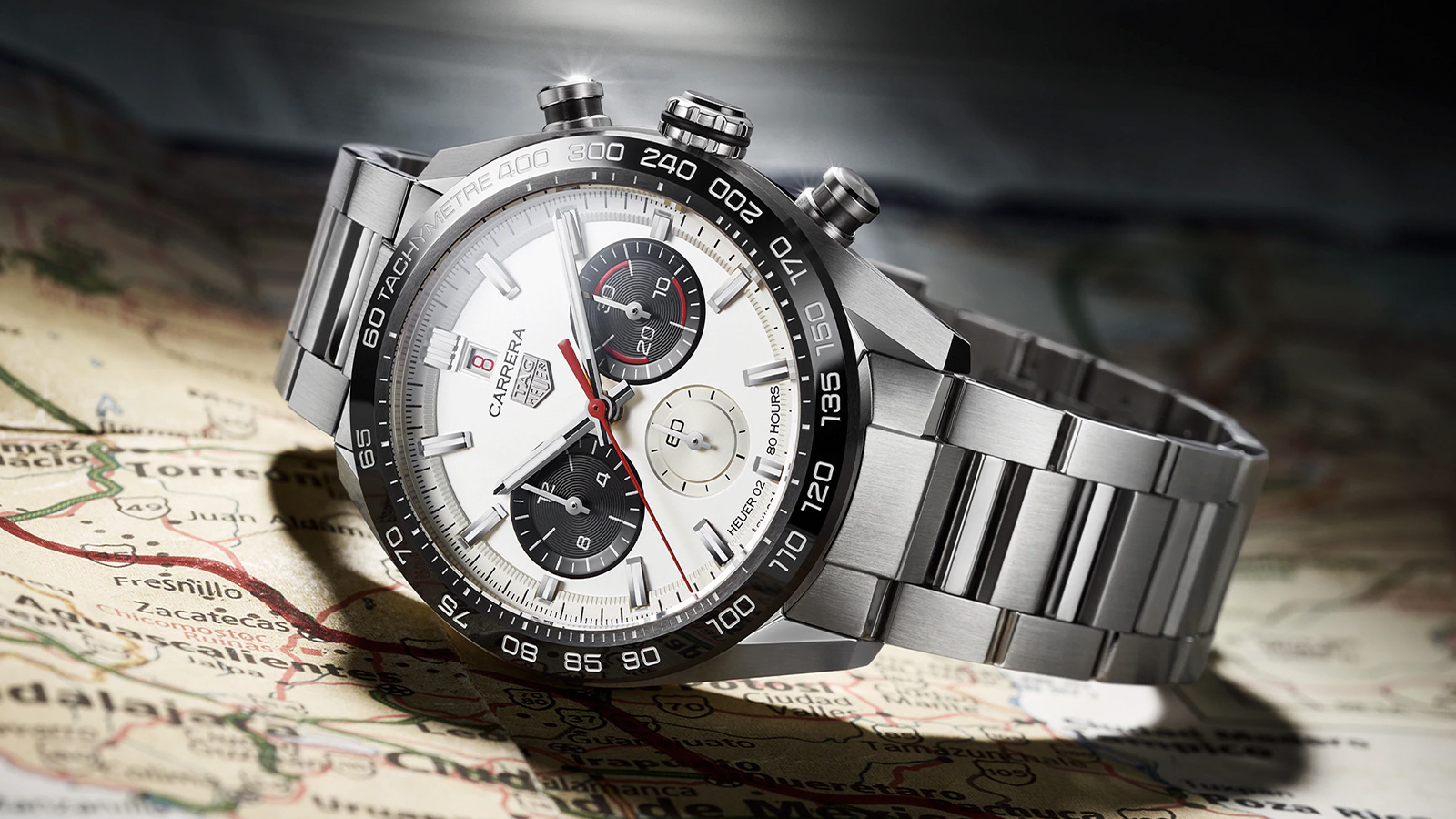 In 1860, Edouard Heuer founded what became one of the truly legendary luxury Swiss watchmakers, TAG Heuer. Celebrating its 160-year anniversary, the brand has launched the TAG Heuer Carrera 160 Years Anniversary Limited Edition, which is inspired by the original Carrera monochrome silver-dial watch of the early 1960s, known as the Carrera ‘Dato 45.’ The new timepiece features many of the same design highlights as the original ‘Dato 45,’ such as the polished case and pushers, and its three azurage counters. The Carrera name and Heuer shield are printed on the dial below 12 o’clock, which gives the watch a retro appearance reminiscent of the original.

There are also notable changes, the most significant being the movement. The tribute model uses a new Heuer 02 automatic movement, entirely Swiss-made in Tag Heuer’s Chevenez facility. One of the most notable differences is the position of the date window below the 12 o’clock marker, whereas the ‘Dato 45’ date window was found at the 9 o’clock marker. It’s also larger, measuring 44mm instead of the original 36mm. The seconds subdial is at 6 o’clock instead of 9 o’clock due to the difference in the construction of the Heuer 02 movement. It comprises 168 components, and provides a power reserve of 80 hours, a 30-hour increase compared to the Caliber Heuer 01.

Two versions of the new TAG Heuer limited edition timepiece are available, one with a blue dial and blue ceramic bezel, the other a white dial and black ceramic bezel. Each is limited to an anniversary-appropriate 1,860 pieces, with delivery beginning on November 14th.