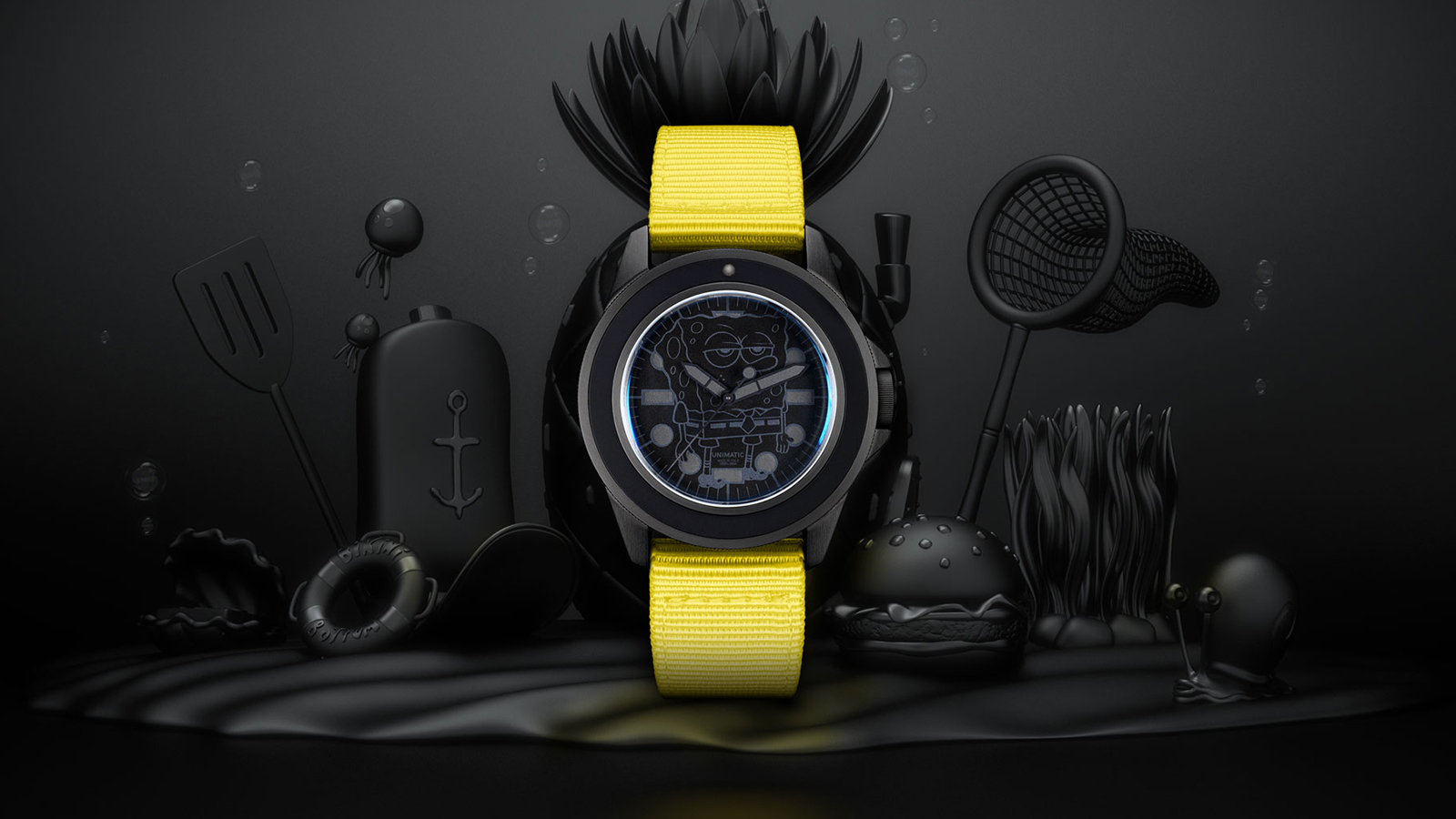 SpongeBob SquarePants is one of those cartoon characters that has managed to live well beyond the conclusion of his show. Although the animated series hasn’t been on the air in some time, SpongeBob remains as popular as ever. For fans of both the show and timepieces, the SpongeBob SquarePants x Unimatic U1-SS Limited Edition brings the 2 together.

The watch marks the 20th anniversary of the cartoon’s release. The 41.5mm watch features a matte black base and SpongeBob SquarePants image in the center of the dial. In the dark, its hands and outline around the figure glow luminously. It features a bright yellow nylon strap that perfectly matches the color of the title character. It also has a 41-hour power reserve. If you are interested in the watch you’ll need to hurry as only 50 unique pieces will be produced.