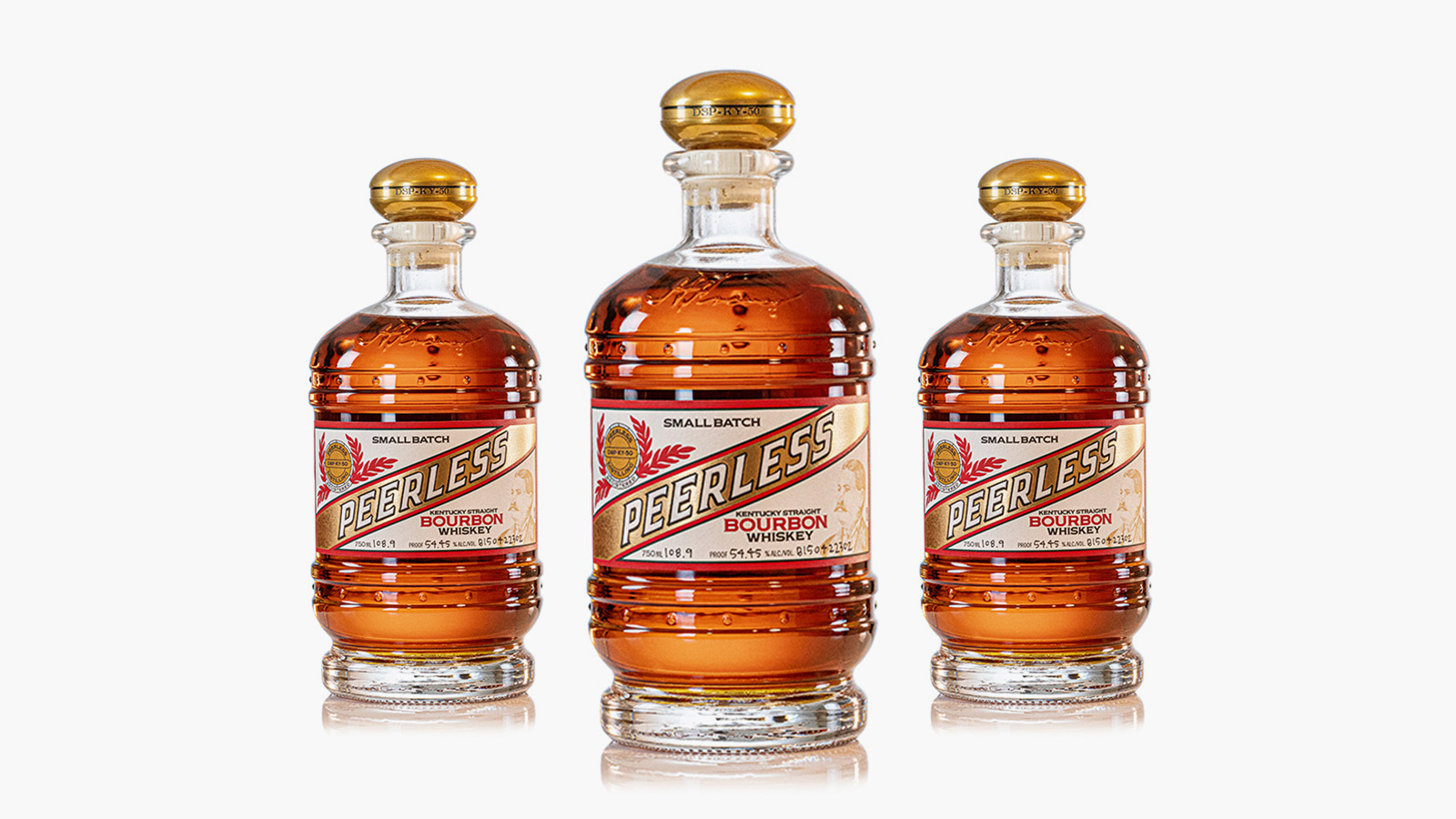 During the dark days of prohibition, liquor was banned following the passage of the Volstead Act. That moratorium forced Peerless Distilling Company to cease production of its handcrafted Kentucky whiskeys. Peerless started to be used by the federal government to store seized contraband. Their unique relationship with the distillery allowed it to continue to sell alcohol legally by prescription under the Bottled-in-Bond Act of 1897. That loophole allowed the company to continue a tradition they carry on to this day.

Over a century later In 2015, the family-run distillery reopened its doors after being closed for five generations. In the three-plus years since, it has reintroduced the Straight Rye Whiskey it built its name upon all those years ago. Now, the Peerless Distilling Bourbon hits the same shelves. The four-year-old, 107-proof bourbon is artisanally crafted by the company’s Master Distiller, Corky Taylor. The sweet mash, oak-barrel aged bourbon hearkens back to a recipe originally concocted in 1889.

The eagerly anticipated release marks the first time that the Peerless Distilling Bourbon has been available for purchase in 102 years. Unsurprisingly, its first batch sold out within a day. However, those dying to get a taste of the acclaimed bourbon won’t have to wait nearly as long for the second batch. Customers can sign up on the company’s website to add their name to a waitlist and be immediately notified of its forthcoming release.