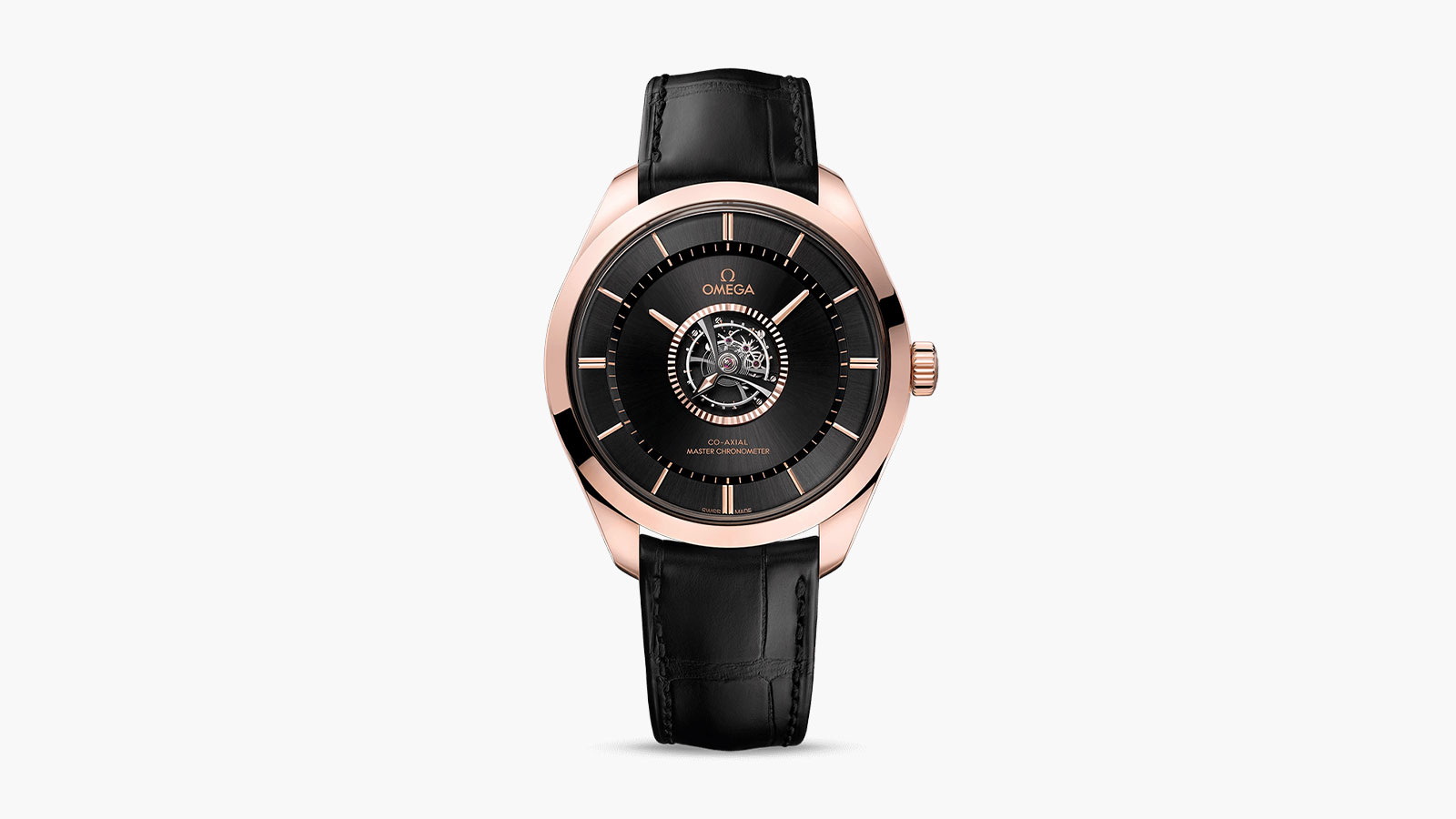 Back in the 1940s, the Swiss watchmaker Omega helped pioneer the incorporation of the tourbillon into the wristwatch. Adding the feature shields the timepiece’s escapement from gravity’s drag via a cage assembly and thus improves accuracy. The innovation has pushed the very boundaries of horology since its inception. The tourbillon tradition was updated in 1994 with the release of the Omega De Ville Center Tourbillon, which put the clockwork in question at the watch’s center rather than the more typical off-to-the-side location. Now comes the next advancement — the Omega De Ville Tourbillon. The first Omega model to feature a manual-winding central tourbillon with a co-axial escapement earned the watch the distinction of a Master Chronometer certification.

That certification attests to how effectively the watch, with its black titanium tourbillon cage, sidesteps pesky old gravity. The Omega Ville Tourbillon also features magnetic resistance repelling fields of up to 15,000 gausses. All of that fine-tuned chronometric performance is wrapped in quite the fetching package, what with the gold case, bezel, indices, and buckle setting off the elegant black of the dial and the leather strap. The sapphire crystal caseback, meantime, gives you a clear sightline into the working of the exceptional movement at its core.