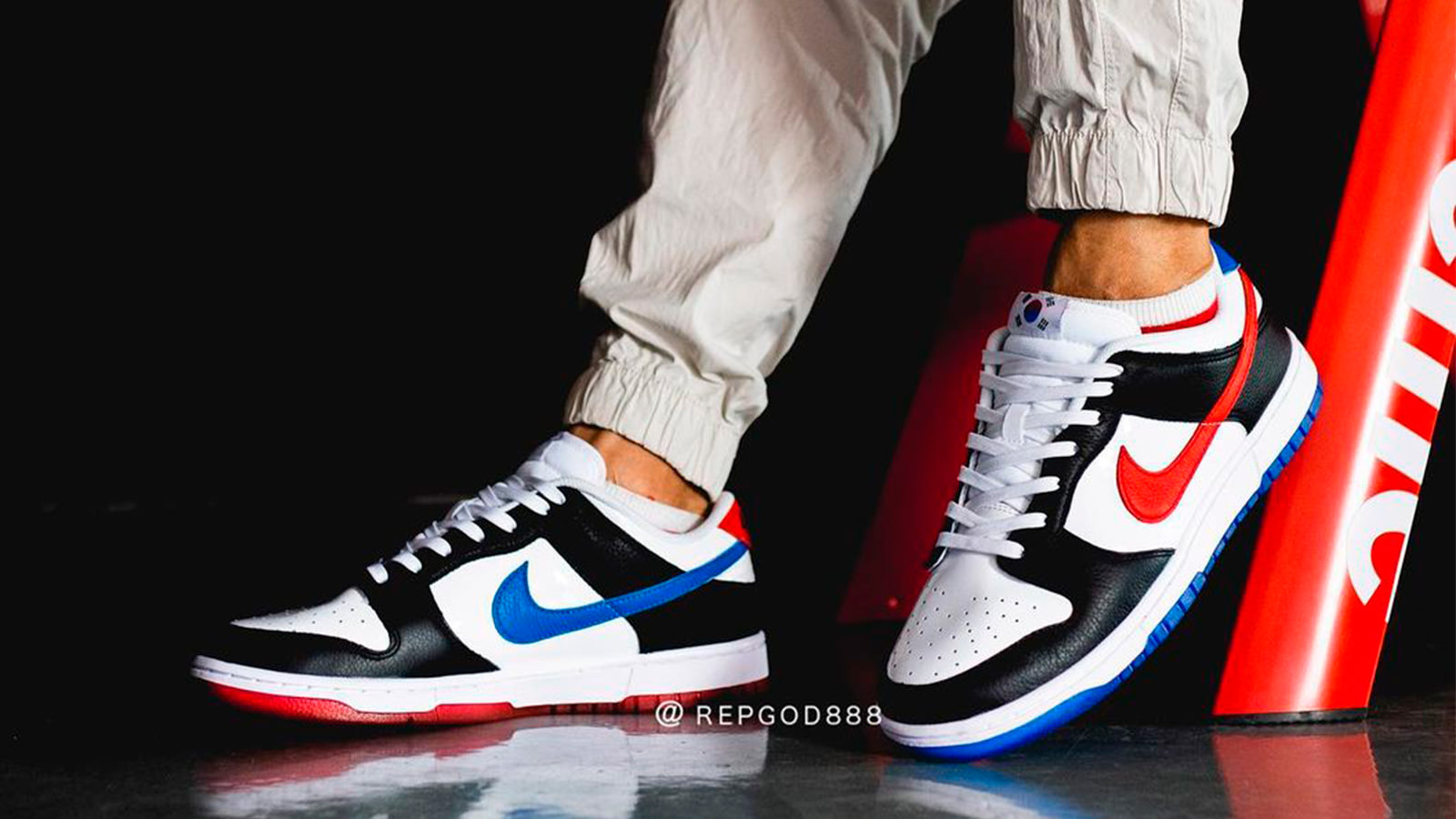 Originally a basketball shoe from 1985, the Dunk has gone on to become one of Nike’s most iconic models. Now, Nike has developed the Nike Dunk Low “South Korea” which pays homage to the East Asian powerhouse. South Korea’s affinity for Nike, has a long history, pioneering terms like “Nike Boys/Girls” long before Travis Scott ever mentioned them. Nike has, over the last few years, released a handful of products honoring South Korea, with the latest arriving in the form of a new Nike Dunk Low.

Similar to 2018’s Air Jordan 3 “Seoul,” the forthcoming pair features the Korean flag or Taegukgi (태극기) on the tongue (left shoe). This special iteration of the Nike Dunk Low opts for color blocking that resembles the Korean flag. The shoe features a white leather base with black overlays and mismatching red and blue swoosh logos and translucent outsoles. The uppers have smooth white leather toeboxes, quarter panels, and collars plus black tumbled leather mudguards, eyestays, and heels. White Laces and Korean characters on the heel tabs round out the main features of the Dunk Low. The Nike Dunk Low “South Korea” is expected to be released later on this year, exclusively in South Korea.

For another Nike Dunk Low, check out the Nike x Notre Dunk.