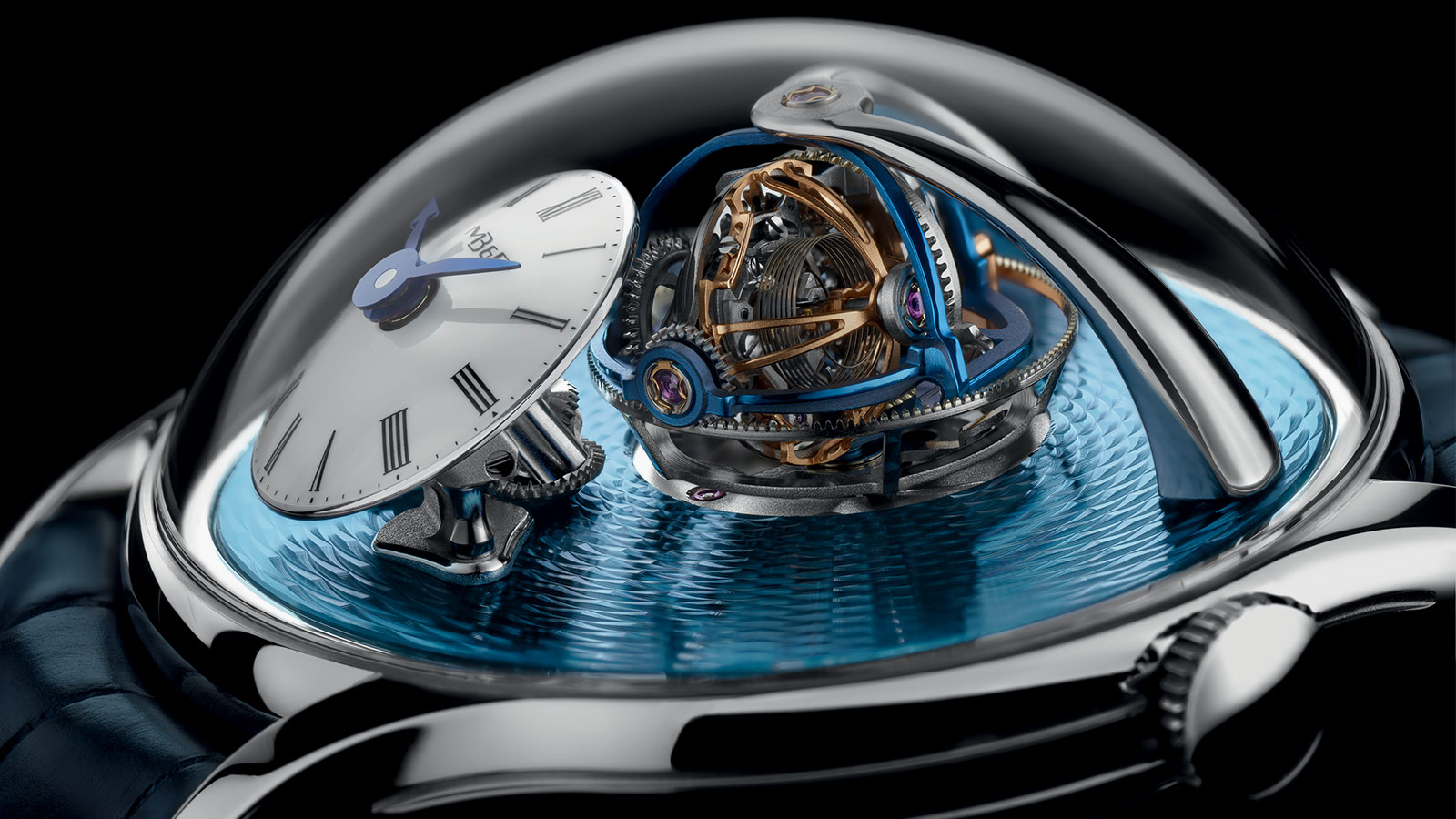 It’s so hard for a watch to stand out from the pack. There are minimalist watches, skeletal dials, watches made of titanium, of rose gold, of nylon, and of leather. Yet all of them, more or less, look the same. That is until the MB&F Legacy Machines Thunderdome came along. This watch is unlike anything else you’ve seen before. Why? Because it is the world’s fastest triple-axis escapement.
The watch features an hourglass design and has dimension measurements of 44mm by 22mm. The manual-winding, triple barrel movement rotates around the 3 axes at varying speeds, giving it a breathtaking design. Wearing this watch you’ll not only have strangers stop and marvel, but you’ll need to catch yourself from staring at your own wrist throughout the day. The watch being made in limited quantities, so if you find yourself falling in love with the design you’ll need to act quickly. Only a handful will be made.