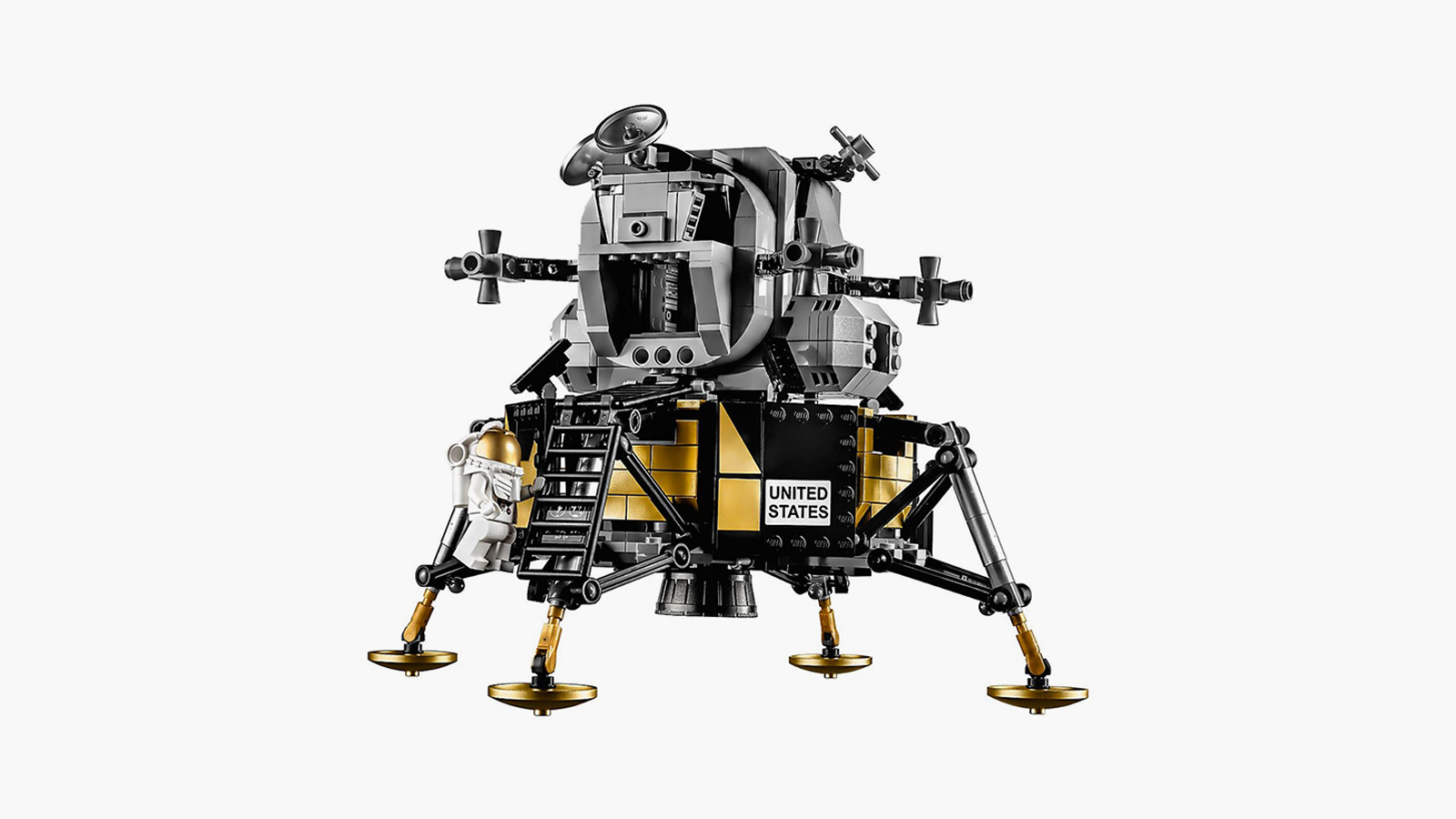 The world changed forever on July 20, 1969, when humankind actually set foot on a celestial body that had hovered above us in the night sky for millennia. Now you can celebrate the upcoming 50th anniversary of the historic American moon landing with the recently released LEGO NASA Apollo 11 Lunar Lander set.

Part of the LEGO Creator Expert series, this 1087-piece set was developed by LEGO in partnership with NASA to recreate the original Apollo 11 Lunar Lander with exceptional detail. The Lander features gold-colored landing pads and panels, an official nameplate, and opening/closing exterior hatches to that contain a brick-built video camera and a brick-built laser reflector.

The LEGO Apollo 11 also comes with 2 astronaut minifigures who wear NASA spacesuits with golden helmets. You can even relive the moonwalk itself using a depiction of the lunar surface complete with a crater, astronaut footprints, and an American flag.