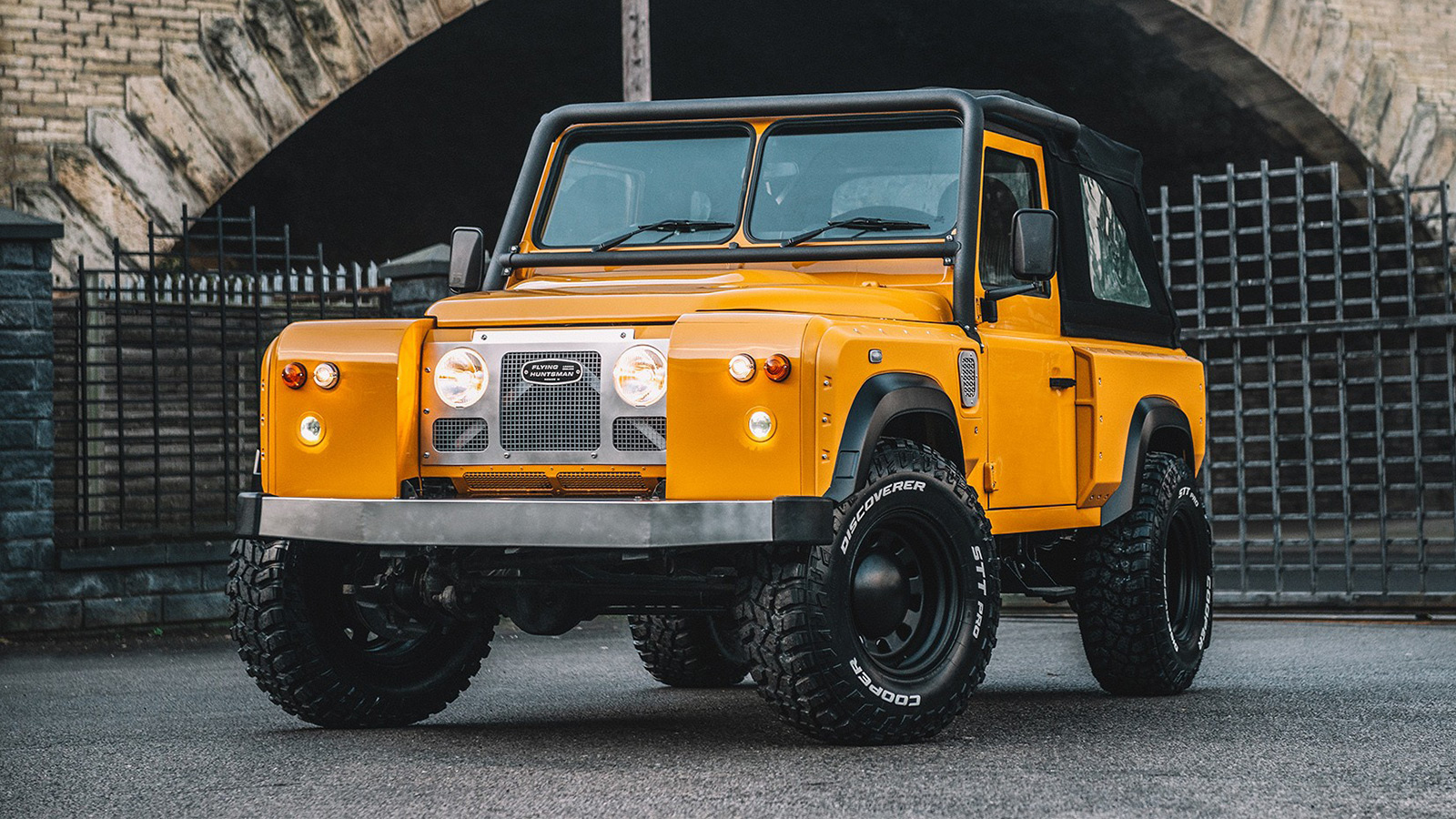 The renowned British aftermarket automotive tuner Kahn has been crafting bespoke luxury vehicles with focus on optimum comfort and quality for over two decades. Its latest creation, the Land Rover Defender 90 Flying Huntsman Homage II Edition builds upon this rich tradition with a vehicle that is at once state-of-the-art and old-school.

Using a 2015 Land Rover Defender as a blank slate, Kahn has produced an SUV inspired by the Series 2 Defender Land Rover of the late 1950s and early 1960s. While completely retooling the modern Defender, the Kahn team added more than 8 inches to the standard 90-inch wheelbase and incorporated an extra 200 millimeters of bodywork in front of the windshield, contributing to the Homage II’s distinctive retro look. Other key features of this one-of-a-kind SUV include a new front grille with custom mounted driving lights and an interior of fine quilted leather.