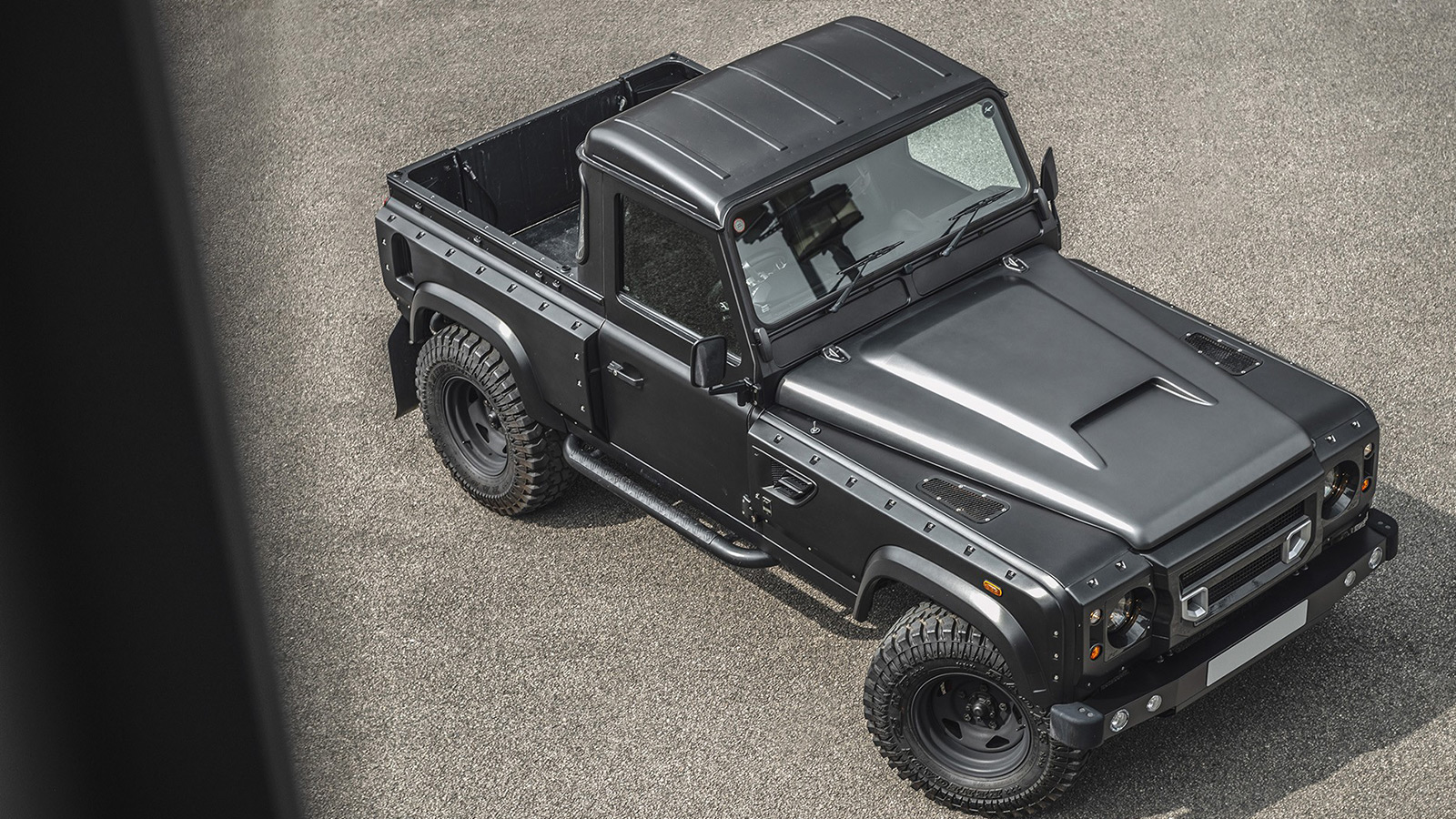 The Land Rover Defender has been a stalwart of the British automotive company’s range of luxury SUVs. Its design has paved the way for other models and serves as one of Land Rover’s most iconic vehicles. Kahn Design has decided to take the Defender and craft a version of the SUV that is part beauty and part beast.

Kahn takes the classic British military style with the long nose body and has added another 400mm to the bodywork with the Kahn Design Land Rover Defender 90 Flying Huntsman 105 Long Nose. It packs a massive 6.2L V8 that churns out around 450 horsepower and the 1984 Heritage steel wheels help give the SUV a classic, rugged look. The SUV has dozens of upgrades and adjustments over the previous Land Rover Defender, including everything from a twin crosshair exhaust system and side vents with mesh to an extended coach-built chassis, push-button start, and a decked-out interior with high-end leather