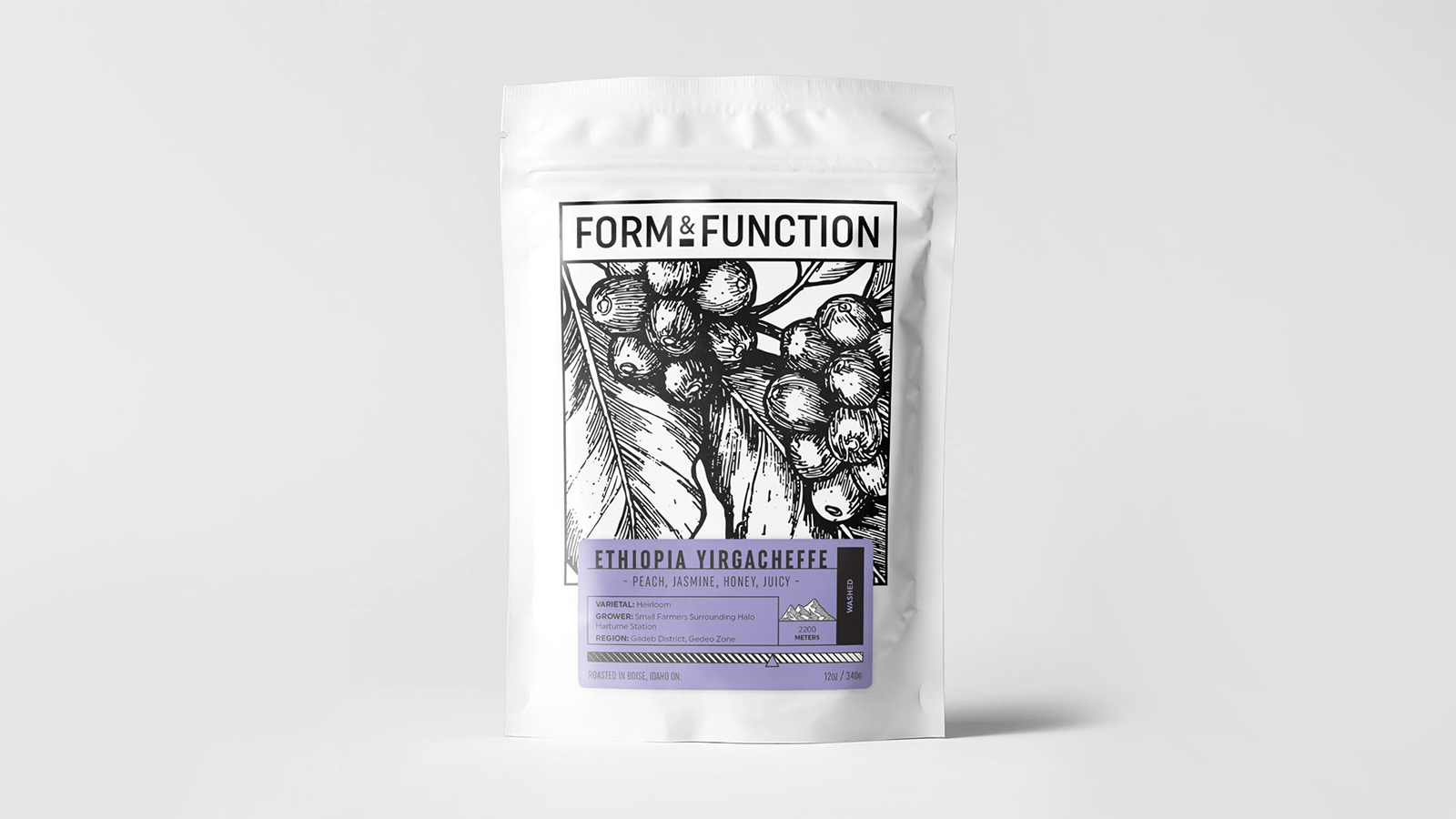 Ethiopia is home to some of the best coffee in the world. Thanks to the nutrient-rich soil and the climate, coffee grown there can compete with roasts from anywhere else on the planet. However, it’s only recently that the Ethiopian government made favorable changes to its export laws. Those reforms have opened up the ability to work directly with growers and coffee farmers. Mijane Woresa, who has worked within the coffee industry at varying levels for the last 3 decades, forged a connection with growers located in the Gedeb Zone of the country.
Bringing together nearly 400 farmers from the region, Form and Function has managed to craft a specially produced coffee bean that is less dense from fermenting for 48 hours before being washed and left to dry for up to 15 days. This has left the Form & Function Ethiopia Yirgacheffe Coffee with a peach, homey, and jasmine-like flavor with a pleasing aroma that is a great start to any morning.