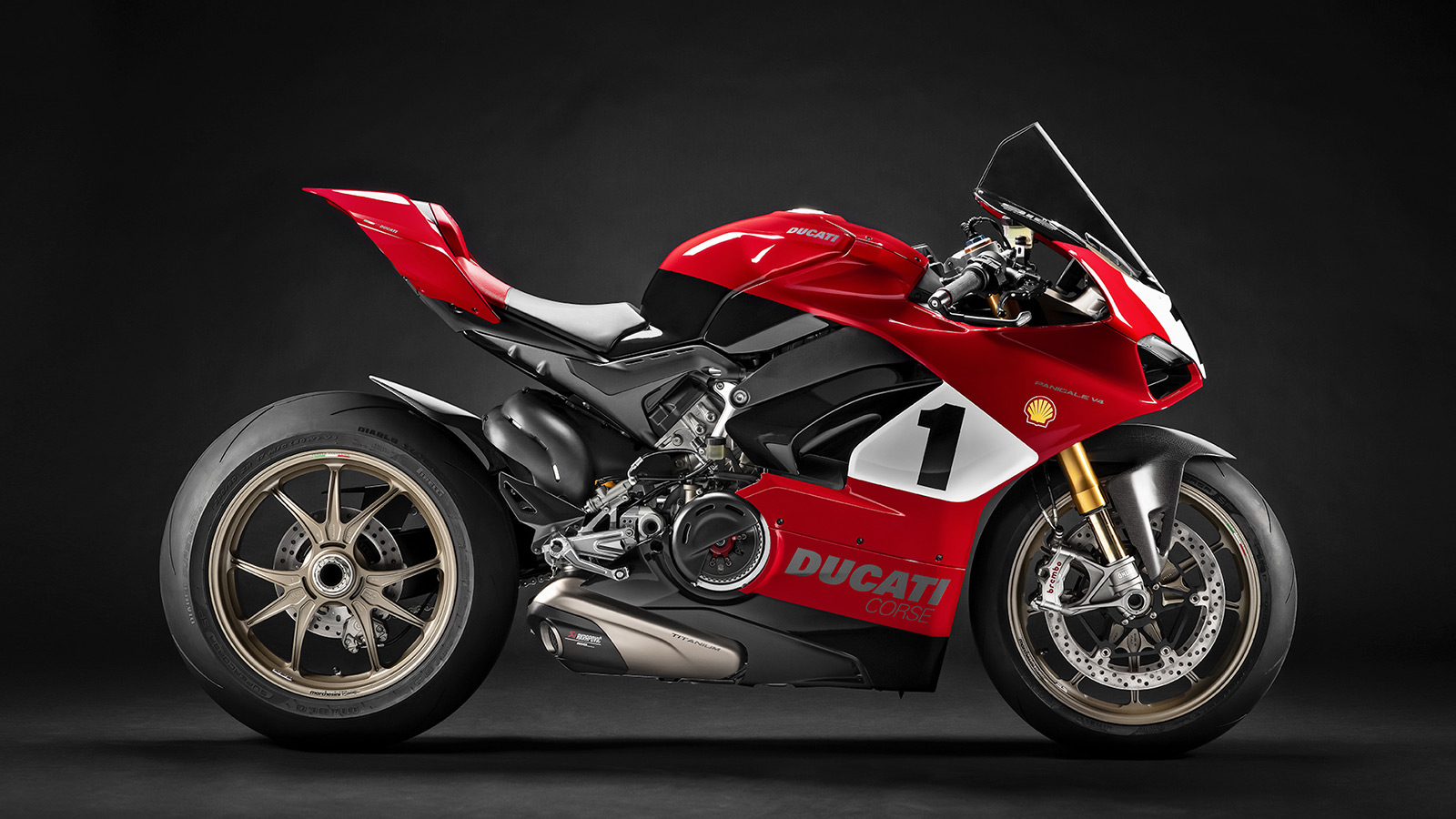 The Ducati 916 turned heads 25 years ago when it won the World Superbike Championship, a seminal moment that helped the brand gain the prestige it still holds today. Designed by Massimo Tamburini, the motorbike went on to build a decorated trophy cabinet by winning eight Constructors’ Titles, six Riders’ titles, and taking first place in 120 FIM Europe races overall. To celebrate one of its most successful bikes, the Italian manufacturer is releasing a limited edition Ducati Panigale V4 25° Anniversario 916.

The bike is equipped with a 1,103 cc engine with 214 horsepower and 91.5 lb-ft of torque. However, having a chance to own this commemorative model will be no easy feat. The Ducati Panigale V4 25° Anniversario 916 will be limited to a production run of only 500. It tips the scales at 381 pounds and comes with a number of enhanced safety features, such as Bosch Cornering, ABS EVO, Ducati Traction Control, automatic tire calibration, and responsive engine brake control. The high-performance design puts a clear emphasis on safety, making the limited edition model a great street legal take on a legendary racing bike.