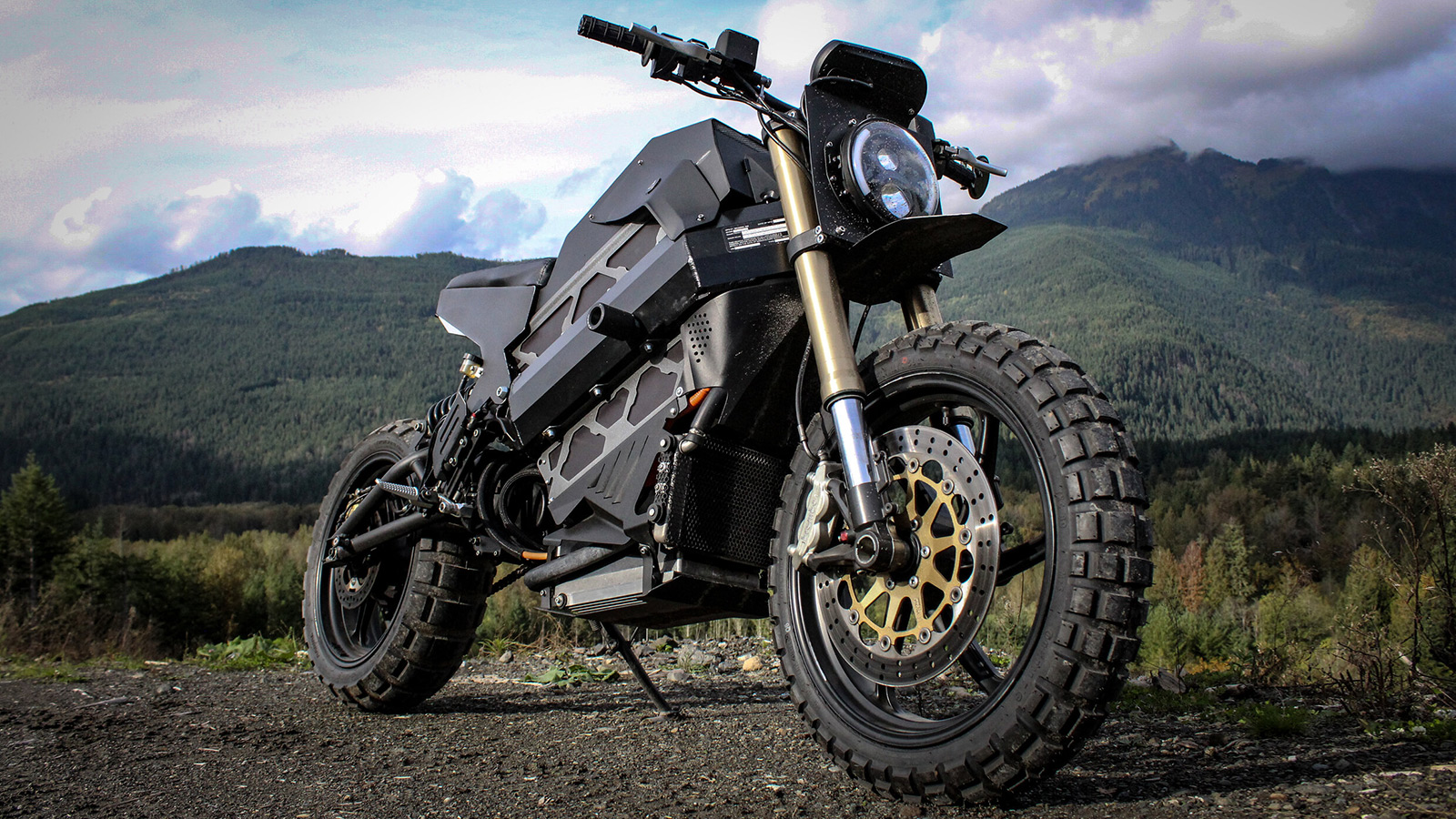 Over the past 3 years, the husband and wife team behind Droog Moto has built a burgeoning reputation for creating aggressive-looking, high-performance custom bikes with modern designs that capture an aesthetic which has been aptly described as post-apocalyptic.

For their latest build, Max and Erica Droog have made a bold jump into the electric motorcycle market with the Droog Moto E-Scrambler. They began with a production-model Brammo Empulse R – an exceptional electric bike powered by a BPM15/90 lithium ion battery pack and a liquid-cooled Parker GVM IPM electric motor that can produce 40 kilowatts of energy.

Redesigned with a focus on off-road riding, the Droog Moto E-Scrambler significantly increases the Empulse’s ground clearance and adds a heavy-duty bash plate under its centrally mounted battery pack. Like all Droog bikes, the Droog Moto E-Scrambler presents a striking silhouette in deep black. Its highly industrial frame, indeed, looks as if it may have been ripped from a not-so-distant dystopian future.