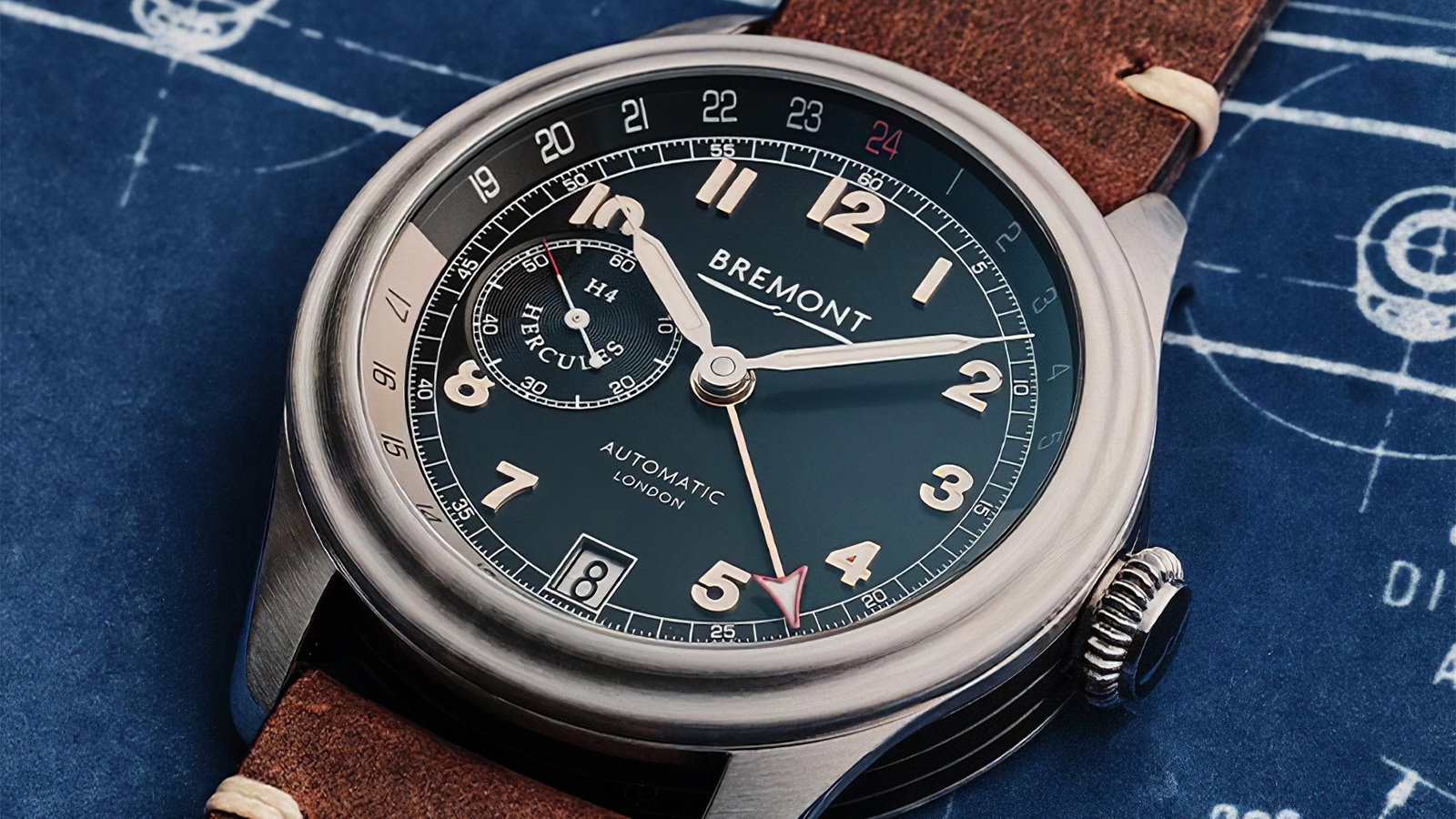 Howard Hughes was one of the most influential figures in the history of aviation. His impact may only be outshined by his eccentric personality. The engineer/business magnate/playboy has influenced everything from motion pictures to iconic Simpsons episodes. The Spruce Goose that he designed embodies the qualities that made him so profound – boldness, flamboyance, and unrestrained ambition. The Bremont H4 Hercules captures Hughes’ famous aircraft with a picturesque design that captures its image.

The 43mm watch hearkens back to the design of the Spruce Goose with its fusion of earthy brown undertones with a choice between sultry rose gold, sharp stainless steel, or visionary platinum cases. That combination captures the warmth an elegance of the aircraft’s design. The 24 jewel Bremont BWC/03 movement is based upon a calibre made for pilot watches with GMT functionality. This version harnesses all of those features along with a vintage leather strap, secured by a stainless steel clasp.