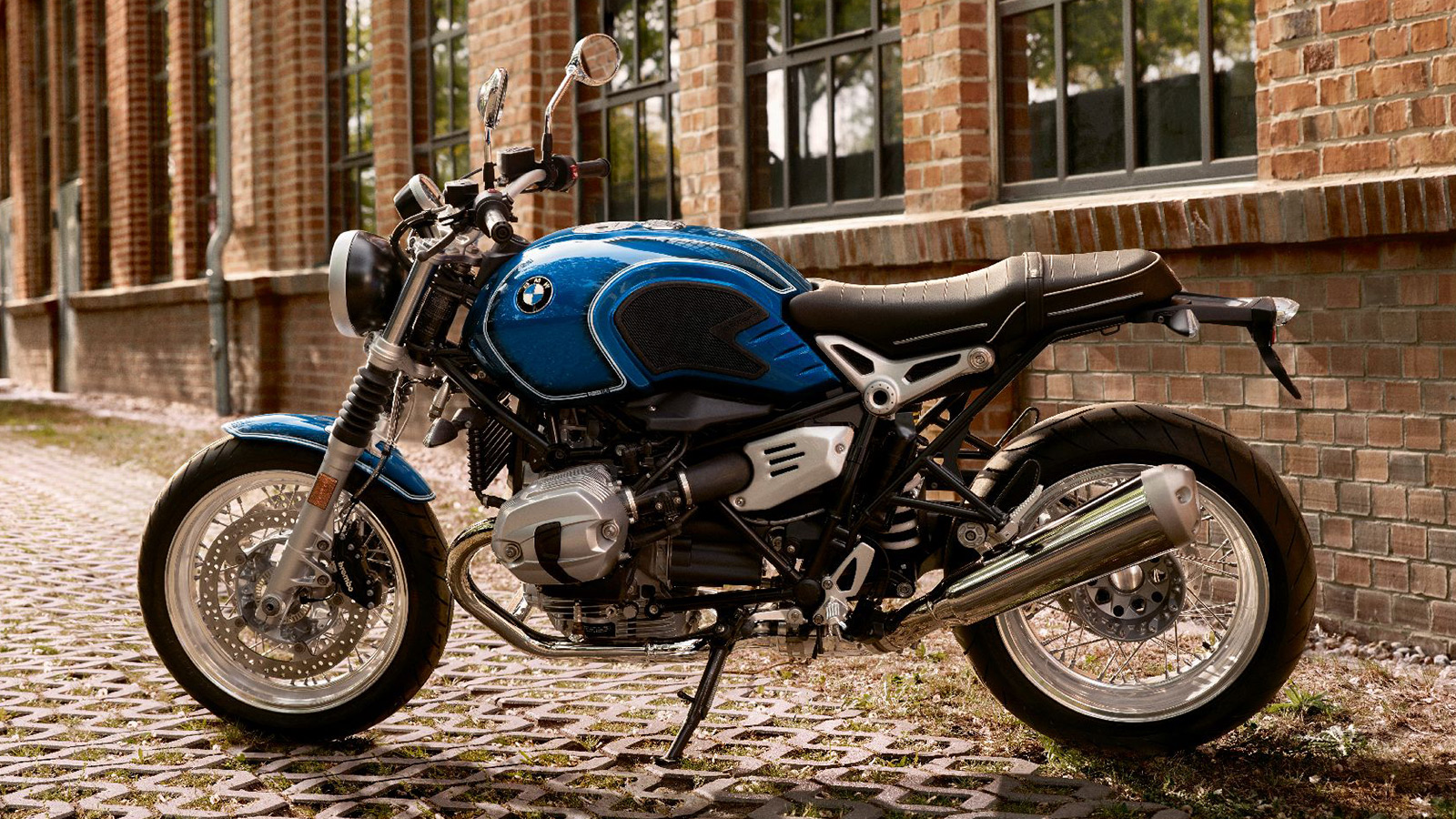 The opening of BMW’s Berlin Spandau plant over 50 years ago marked a new direction for the German automotive manufacturer. That site became the home of BMW Motorrad, the motorcycle division of the company. The Spandau plant would spawn the now famous generation of BMW’s boxer twin engine bikes — the legendary R50/5, R60/5, and R75/5 models. Cut from their cloth, the new BMW R nineT /5 reimagines those famed bikes as a special edition that celebrates the Berlin Spandau plant’s golden anniversary.

The limited edition motorcycle is powered by a 110 hp 1,170 cc boxer engine with 85.5 lb-ft of torque. Twin disc brakes, heated grips, and a 2-in-1 exhaust system adorn its lustrous blue and chrome finish. BMW’s re-imagined edition combines the modern engineering of its range of motorcycles with a vintage design that pays homage to the bike’s roots, as its iconic pinstriping, tank rubber side knee pads, and rounded headlight evoke a sense of nostalgia.

Though BMW has said production will be limited, it has not attached an exact figure on how many will be produced.