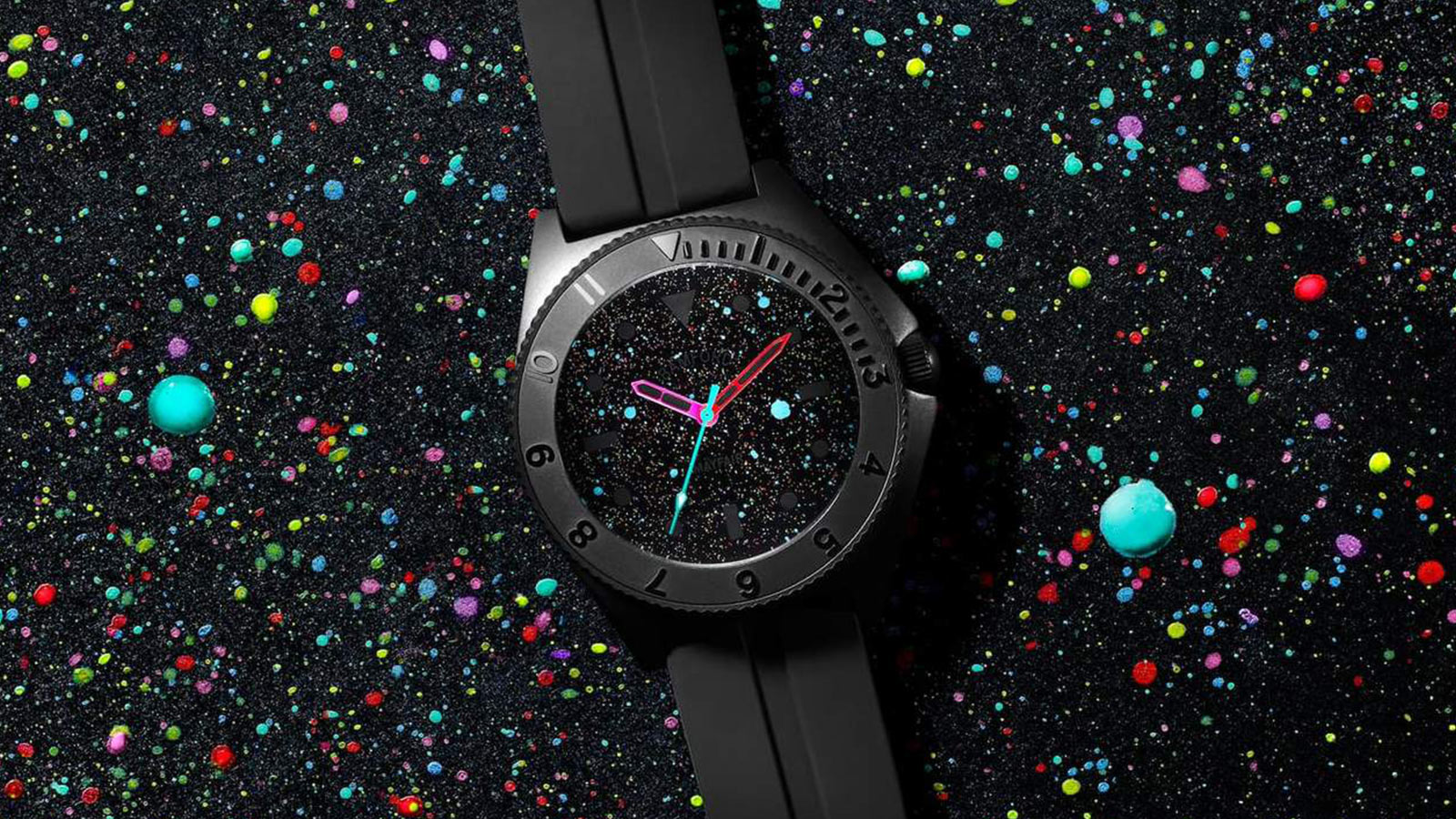 Chris Alexander, a creative designer with a growing sideline in watch modification, is also known as ‘The Dial Artist.’ Alexander has partnered with renowned Bamford London to create the Bamford Mayfair Cosmic Rainbow, an upgraded version of the brand’s classic Mayfair timepiece. Interestingly, the original purpose of the Bamford Mayfair was to give clients something to wear while their timepiece was either being serviced or they were waiting for a new timepiece to be created. It did not take long for wearers of the — meant-to-be temporary — watch to fall in love and ask to buy it instead of handing it back in once their service was complete. This timepiece boasts a tough 40mm sports case and the rotating ceramic bezel is enclosed by a stainless steel core and a military-grade titanium coating. It sports a chunky 15mm thickness due to its domed sapphire crystal, which creates unique fish-eye-like distortions at odd angles.

The Cosmic Rainbow update is designed to resemble a colorful star field in a speckled universe. The dial is accented with the Bamford signature in Aqua Blue. It is powered by a Swiss Ronda 715 Quartz movement with LumiNova indices gracing the dial. The domed sapphire crystal calls to mind a spaceship’s porthole, allowing amazing views of the painted “solar system” to pop out of the darkness. The watch also has a depth rating of 100 meters. The Bamford Mayfair Cosmic Rainbow collaboration will launch 100 pieces — each one a unique work of art that has been hand-finished. 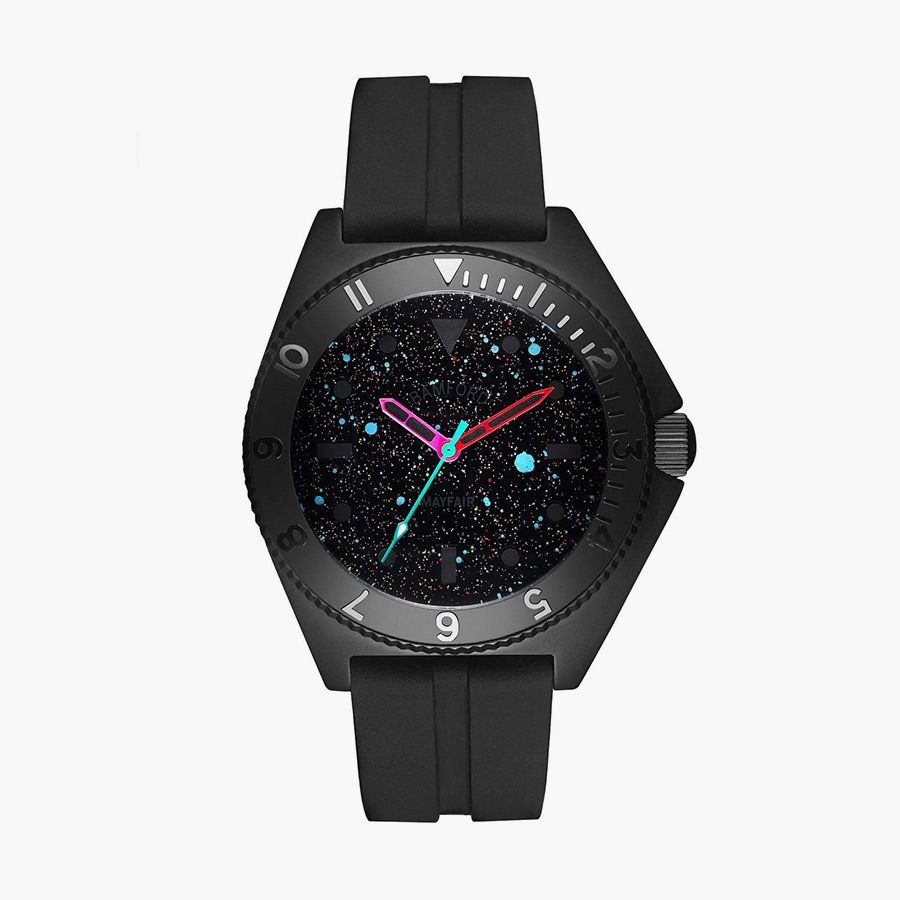