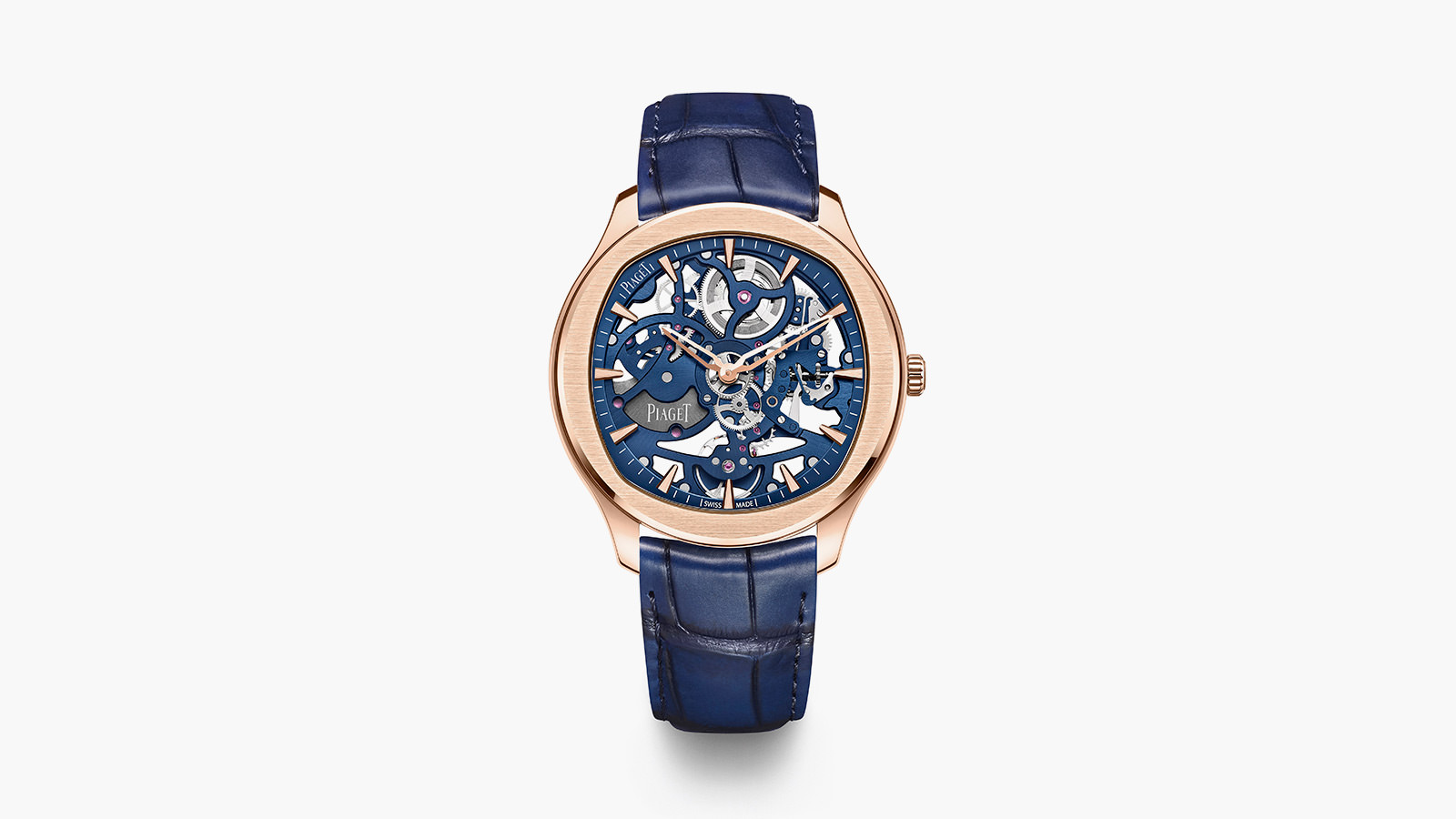 Just announced at Watches & Wonders, Piaget has given us new takes on both its Polo Skeleton and the award-winning Altiplano Ultimate Concept timepieces. Piaget first produced the Polo watch in the 1970s as a sports model to appeal to upscale customers with a watch that befitted “the most expensive watches in the world,” as the company’s slogan then stated. Since that time, we have seen the evolution of this model and, earlier in 2021, Piaget expanded with the ultra-thin skeleton model. Now, Piaget has unveiled four new models, all with 18k gold cases. In 2018, Piaget showed off a watch called the Altiplano Ultimate Concept which everyone thought was a one-off since the whole watch was thinner than most watch movements. After experiencing some technical difficulties, the brand has succeeded in perfecting the Altiplano.

The four new Polo models introduced at Watches & Wonders consist of one in rose gold, one in white gold with a diamond-set bezel, and two fully iced out versions featuring cases and movements that Piaget’s artisans have set with an array of up to 573 diamonds. Measuring 42mm in diameter and just 6.5mm thick, the blue-colored skeletonized movement is nicely matched with the rose-tinted hue of the gold case. The white gold model with the diamond-encrusted bezel has 56 individual brilliant-cut stones set into it, for a total of 1.56 carats. Both the white gold and rose gold models are finished with blue leather straps to match the movement.

In 2020, Piaget’s Altiplano Ultimate Concept won the coveted “Aiguille d’Or” at the prestigious Grand Prix d’Horlogerie de Genève (GPHG). The Aiguille d’Or is basically the top prize at the annual awards. Given Piaget’s work to identify and overcome the challenges of creating a 2mm thick watch. Now, celebrating Altiplano Ultimate Concept’s lineage, Piaget has released a special version dedicated to the Swiss Jura village of La Côte-aux-Fées, where the Swiss company was founded in 1874. The “thinnest watch in the world” measuring 2mm thick, the Altiplano Ultimate Concept tribute to La Côte-aux-Fées has a bridge, screws, hands, and a dial in a deep, forest green and is complemented by a matching strap made from alligator leather. As a reminder of the company’s heritage, the main plate is engraved with the year of Piaget’s founding.

If you liked this, check out the Vacheron Constantin 2021 Collection.