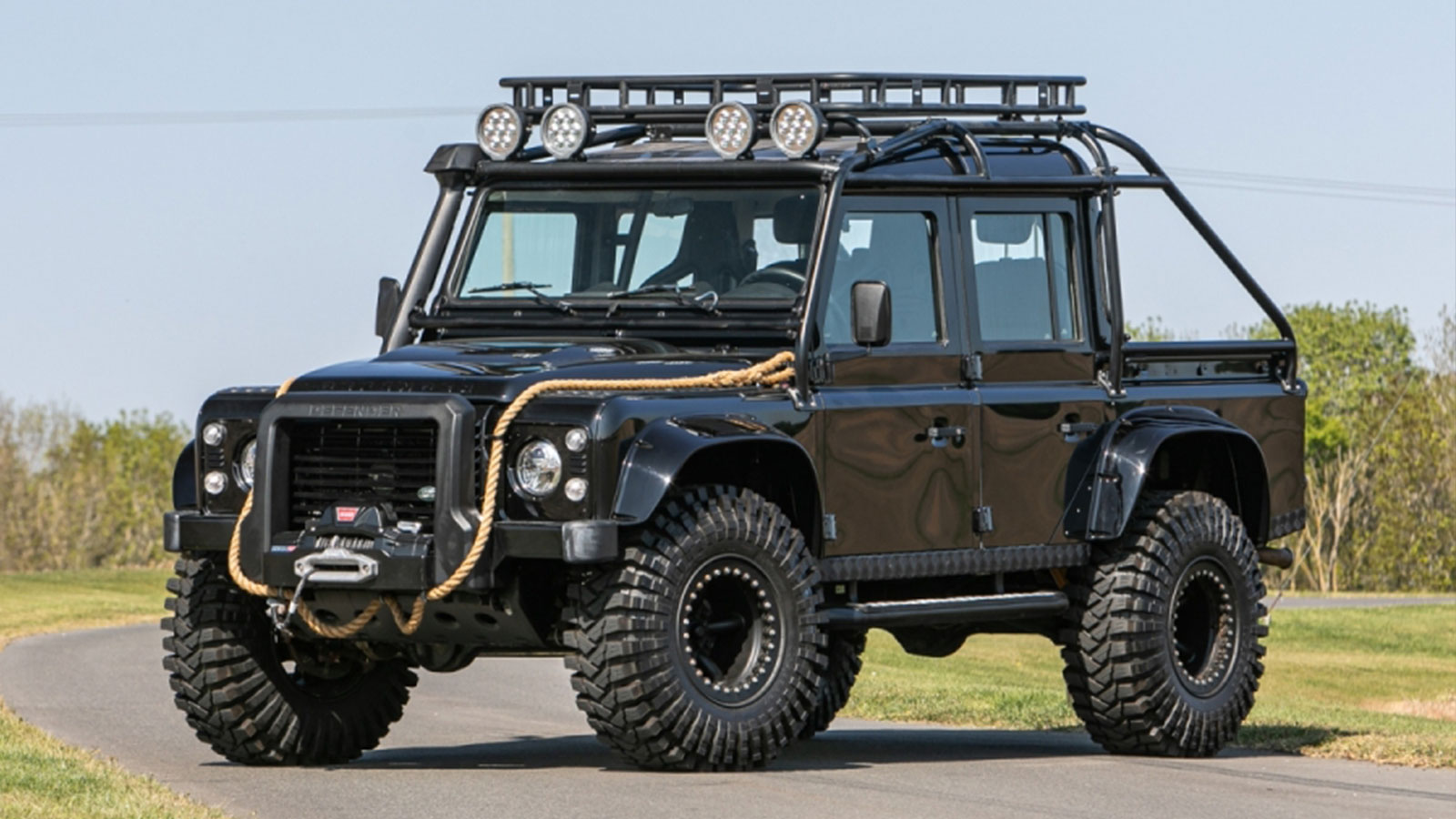 If you are a James Bond fan, then you know the 2015 Land Rover Defender 110 SVX ‘Spectre’ JB24 is only one of nine models tailor-made for the film. This particular vehicle is the ninth in that production line. Furthermore, there are only seven left in existence since two were destroyed during the filming of the pulse-pounding spy thriller. It features the same Santorini black paint and Bowler Motorsport design with 37-inch massive tires and Bilstein dampeners as the others. A massively strong roll cage is a prominent characteristic of the Spectre.

Built for the roads of Britain, this left-hand-drive Defender uses a four-cylinder manual engine. The engine has under 560 miles on it. From the massive winch in the front to the robust luggage rack and LEDs on top, this vehicle is a behemoth. Everyone will see you coming when you drive down the road in this beast of an SUV. You can fit five people in this 2015 Land Rover Defender with charcoal gray interior and side rails.