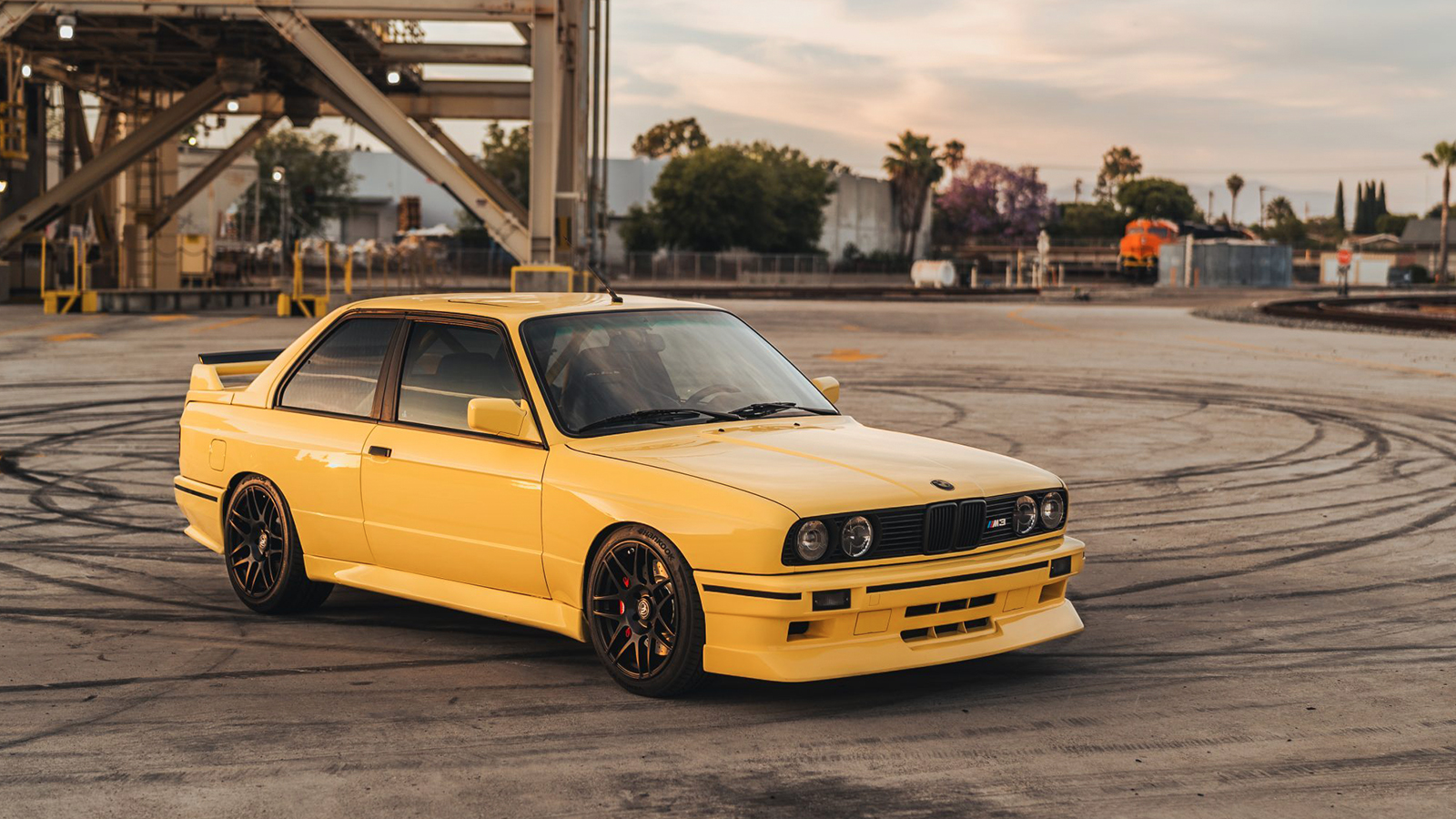 Need a track-day car that can double as a weekday commuter with a touch of nostalgia? Why not buy the original sports sedan, a first-generation BMW E30. This particular 1989 BMW E30 M3 is being auctioned on Bring a Trailer right now. At the time of this publication, the current bid is $52,500, with one day left. That may sound like a lot for an M3 that doesn’t have the original engine, but unlike other “modded” E30’s you may find on Craigslist, this one has been done right.

The E30’s factory 2.3-liter S14 inline four-cylinder engine was replaced for a larger 3.2-liter S50 inline six-cylinder with a six-speed transmission. According to BaT, the replacement drivetrain is sourced from a later model European-spec BMW E36 M3. The car’s actual mileage is unknown due to the extensive modifications, but the instrument cluster reads 9,000 miles. The car’s original Salmon silver paint has long been repainted with its current yellow. This car has lived a life according to its Carfax report. It was stolen and recovered in 1993 and shows registration in New York, Pennsylvania, New Jersey, Arizona, and South Carolina.

Modifications on this E30 start with the 17-inch Forgestar wheels and aftermarket rear wing. The black interior features an Alcantara headliner and rear-seat delete to make room for the roll cage and Recaro bucket seats with Takata harnesses. Performance upgrades include Brembo disc brakes, H&R lowering springs, and Supersprint exhaust. This 1989 BMW M3 is ready to tackle every corner at the track, and on the drive home.