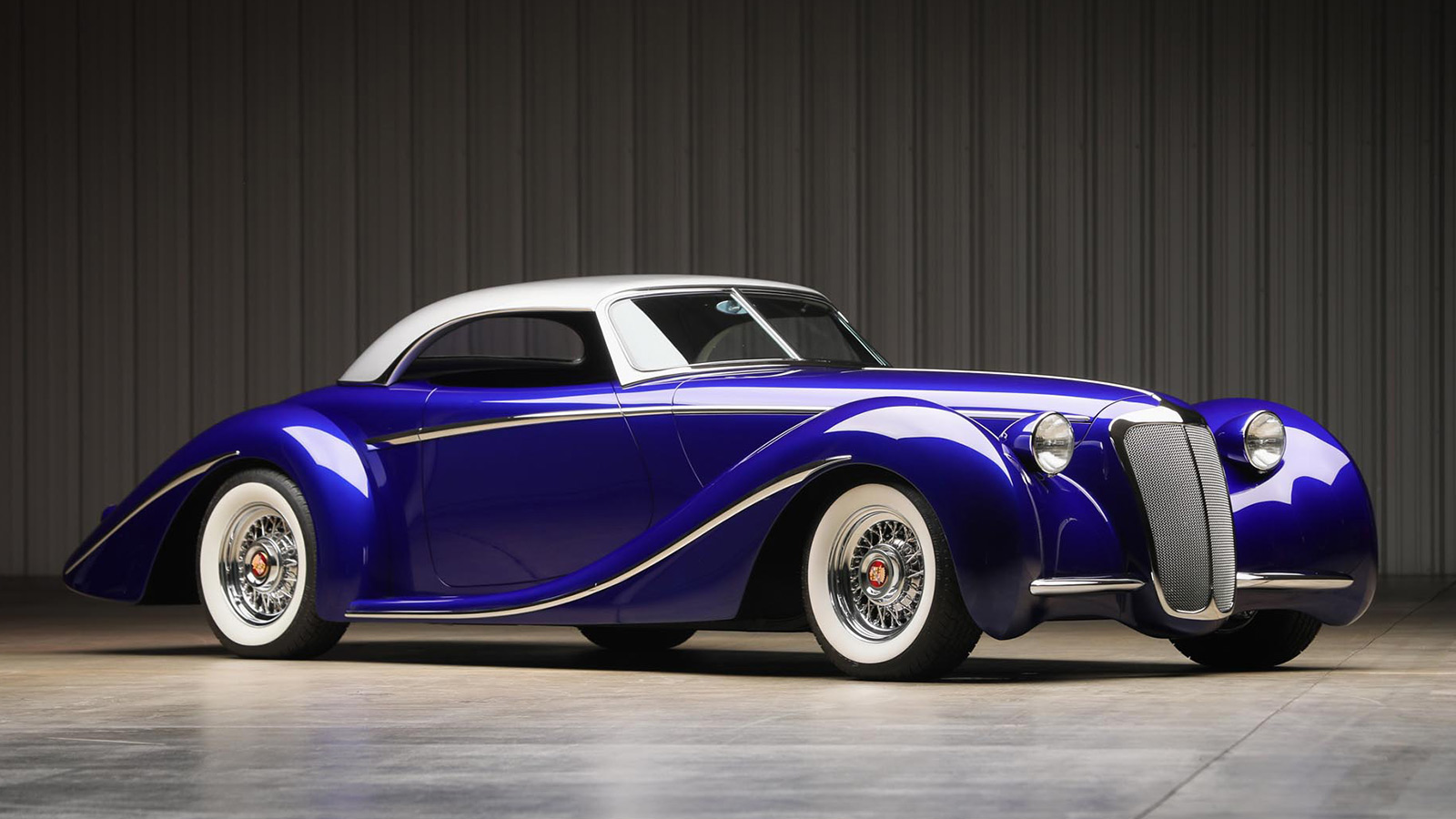 Don’t let the pre-war body lines fool you. This 1936 Cadillac roadster is a resto-mod. The car was built by Rick Dore, who wanted to capture the design era of coachbuilders like Saoutchik and Figoni et Falaschi in the modern day. The Cadillac is named Shangri-La after the James Hilton novel “Lost Horizon” from 1933, representing a fictional utopia. The Shangri-La Cadillac Roadster is not just a car, it’s a rolling art gallery featuring work from various artists. The car’s DNA is a 1936 Cadillac, but a collection of master artisans have modified every inch of this car.

The body was hand-formed out of aluminum by Luc DeLay of Custom Metal in Corona, California. The chassis is custom done by Art Morrison. The car’s ultra-bright PPG Indian Inkwell blue paint was applied by Ron Cambra in Orange, California, and won the Charlie Hutton Paint Award for outstanding finish in 2018. The custom interior was done by Ron Mangus. Under the long hood of this work of art beats the heart of a 5.7-liter Ram Jet V8, making 380 horsepower and a four-speed 700R4 automatic transmission, more than enough grunt to move this exhibit to the next car show. The 1936 Cadillac Shangri-La Custom Roadster is scheduled for auction by World Wide Auctioneers for The Auburn Auction starting September 5th, 2020. A chance to bid on a one of a kind custom Cadillac.